A Day with Our New Son in DC

Our Son Hyeondong (현동) has spent his first night in the US, and he has adjusted to the new time very quickly.  Hyeondong seems to be very happy to be with us and he said that it hasn't registered with his mind that he is really here.  When asked how he feels to be here, I was very happy to hear from him, "It's really wonderful."  In fact, when he was about to land in LAX, he wasn't sure that this was not all a dream. So he had to slap on his face a couple of times to make sure that he wasn't dreaming.  When I heard him say that, it made to realize how much he has longed to have a family of his own.  For him this was a dream come true after living all 14 years of his life in an orphanage.  I know how he feels, for I was once in his shoes.

On Wednesday, April 13th, we participated in an important meetings, and the most meaningful meetings was with Ms. Heidi Staples of Administration for Children and Families to learn about various programs on adoption and foster care system provided by the US government through all the states and local government.  All of us benefited so much from this and gained a lot of knowledge to help homeless children in Korea.

In spare time we did some sightseeing around the Washington DC area.  Most notably the Washington Monument and the Lincoln Memorial as they brought me a wonderful memories of visiting the Washington DC with my family when I was also 14 at the time.  In addition to my wife and my son, we had Mrs. Kim from the Ministry of Health and Welfare, and Mrs. Han of MPAK-Korea.  One poignant moment was when we visited the Korean War Memorial.  Mrs. Han remarked, "Our nation is greatly indebted to these brave soldiers. Too great a debt we owe." 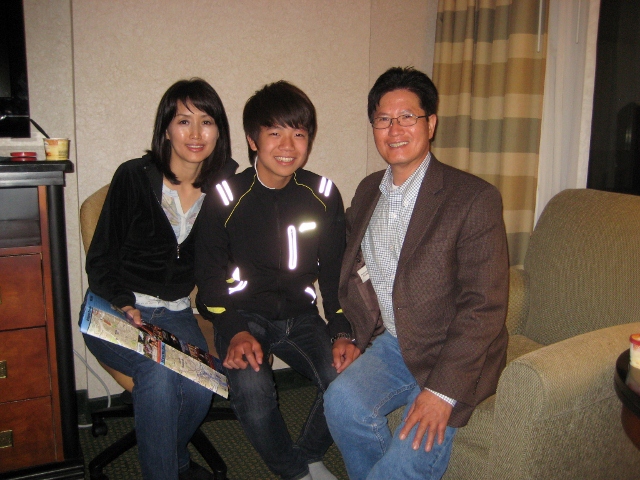 The first night at a hotel with Hyeondong 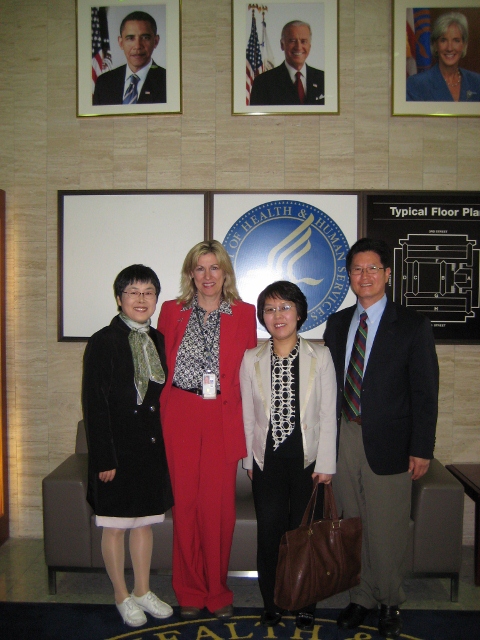 Visited with Heidi Staples of the Administration for Children and Families under Heath and Human Services (HHS) Department.  Ms. Staples had a welth of knowledge and experiences in adoption and foster care. 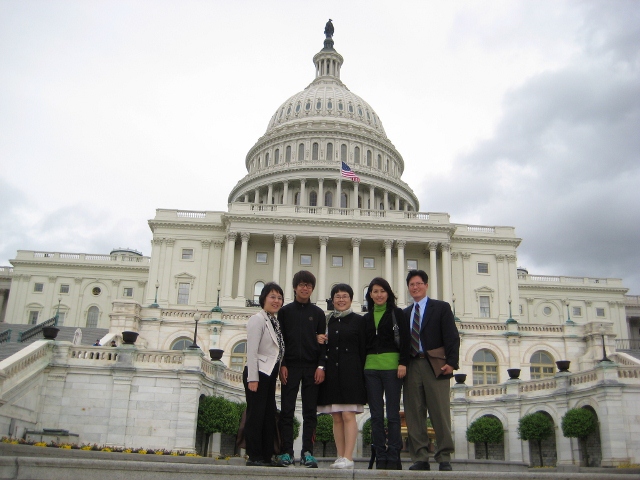 At the US Capitol Building (From Left: Mrs. Kim from MOHW, Hyeondong, Mrs. Han from MPAK-Korea, my wife Jody, and Steve) 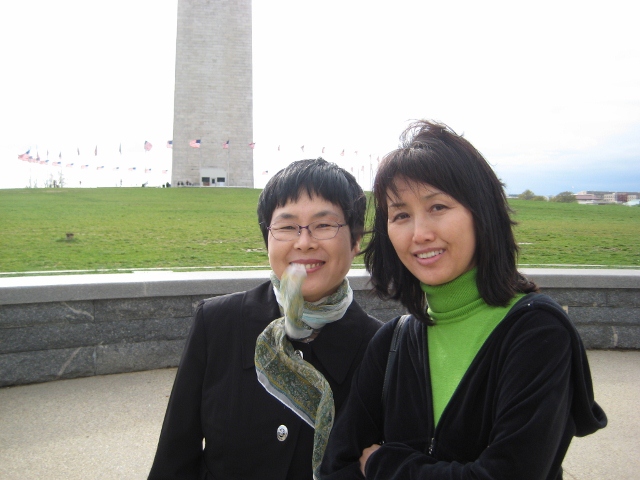 Mrs. Han and Jody Morrison at the Washington Monument 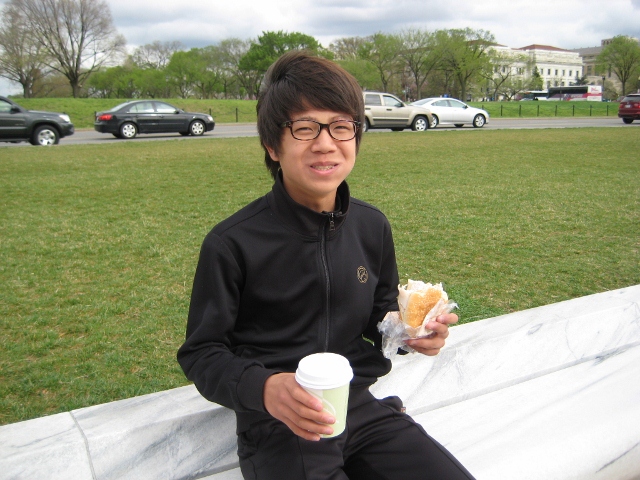 Hyeondong eating his first American sandwich and hot chocolate at the Washington Memorial. 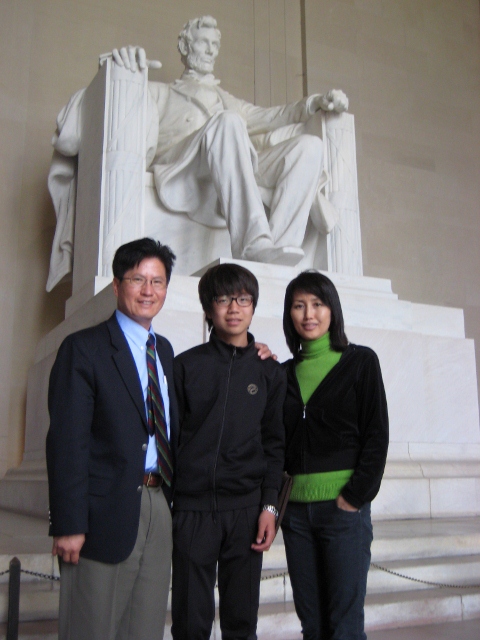 At the Lincoln Memorial, me, Hyeondong, and Jody 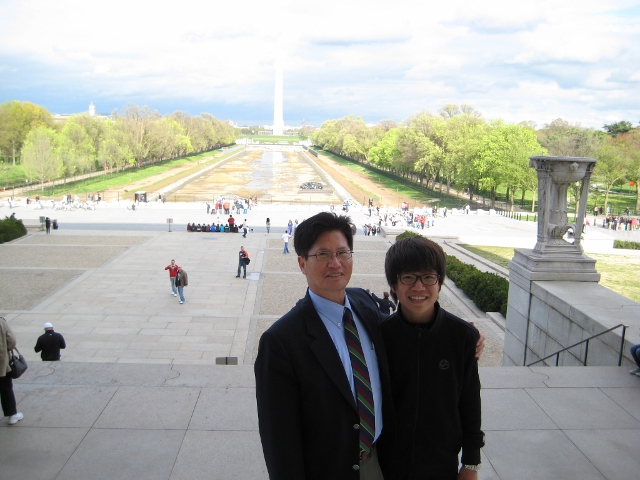 With my proud son Hyeondong 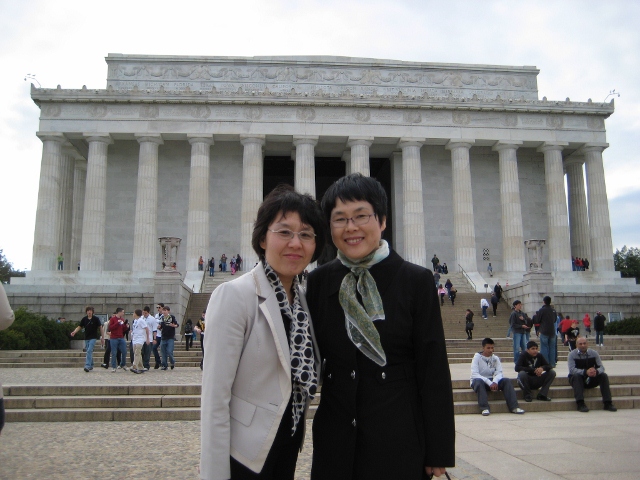 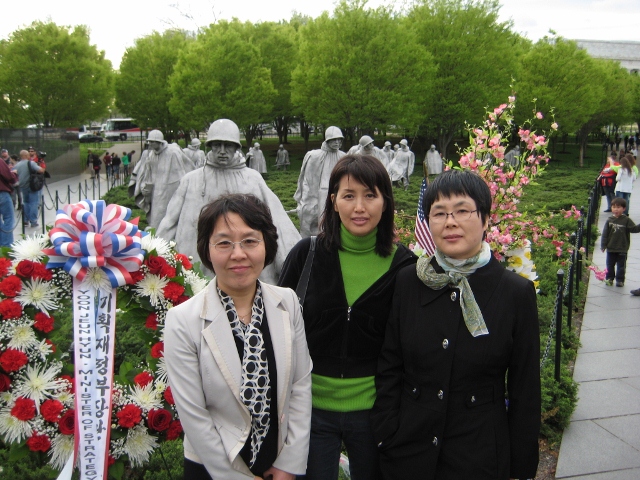 At the Korean War Memorial
The stone pavement had these words inscribed:
Our Nation Honors
Her Sons and Daughters
Who Answered the Call
To Defend a Country
They Never Knew
And a People
They Never Met
Posted by Steve Morrison at 8:34 PM