The Legacy of a Father 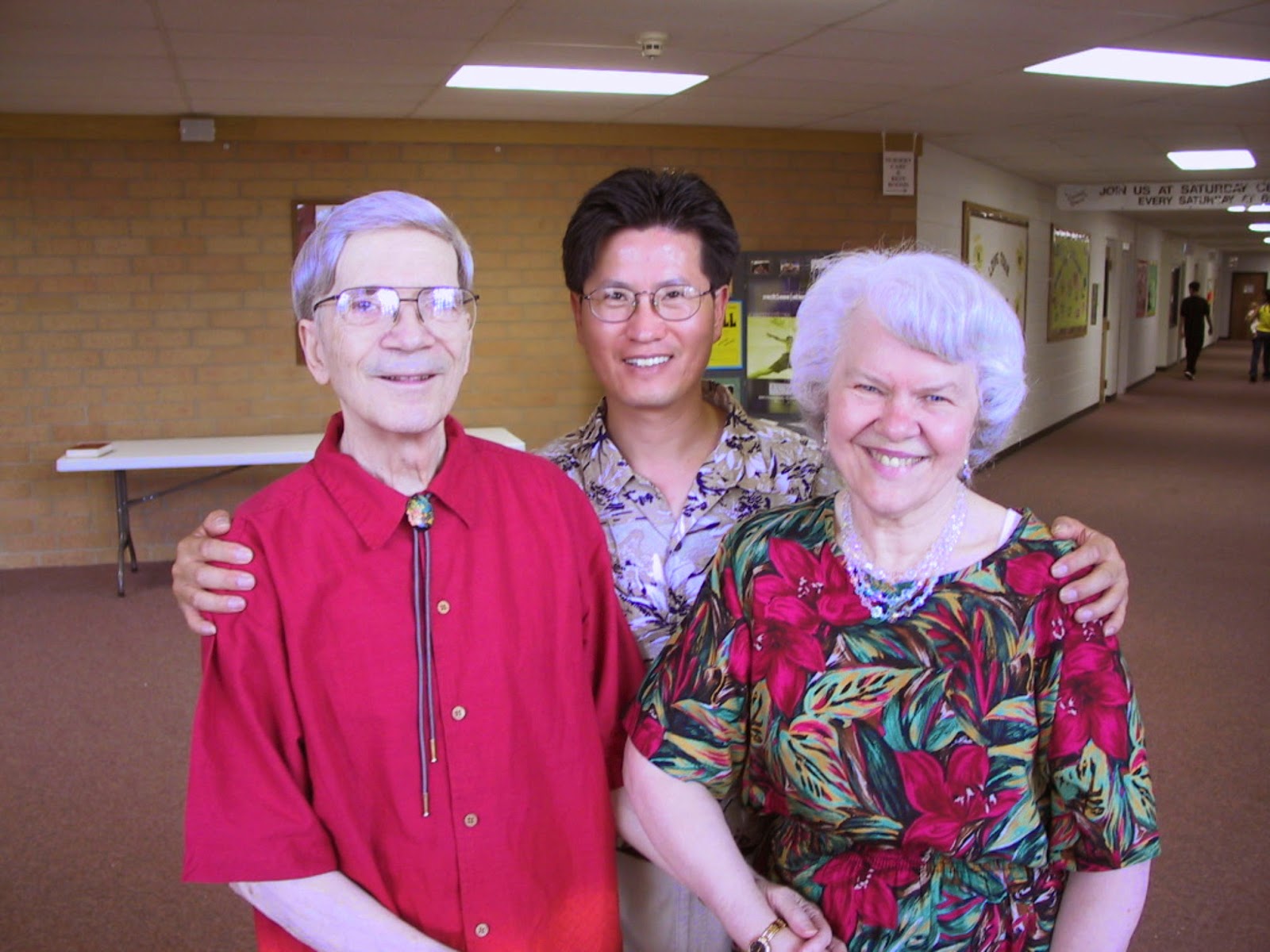 On my way to work the other day, I was listening to a radio show where the speaker asked the audience, "What kind of legacy would you want to leave with your children when you are gone?"  I was very challenged by the question and throughout the day, and even to this day, I ask myself the same question.  What legacy do I want to leave for my children?

A pastor named John Maxwell really knew what he was talking about when he defined what success means.  He said, “Success is having those who are the closest to me love and respect me the most.” Of all the definitions of success I have heard in the world, this one got to be one of the best so far.

In thinking of the legacy, it was very natural that I think of my father, John Morrison, who passed away in March 2006.  If my love and respect for my father could be measured by any means, he would be easily considered one of the most successful persons that have ever lived for the great legacy he left for me.  This is coming not just from me, but from my four other siblings, and my 90 years old mother who still lives.


I still remember the many precious conversations I had with my Mom and Dad, and how they always relished in sharing the stories from their past. My Dad especially relished the story on how he got me.
One night in early 1969, my Mom and Dad, who already had three children by birth and adopted a ten years old Amerasian boy from Korea a year earlier, was looking through a bimonthly newsletter from Holt and saw many children that needed homes.  They were listed with their pictures and brief descriptions.


My Mom casually asked Dad a question, “Should we adopt another child from Korea?” She asked the question partly out of her compassion for the children, and partly to test how Dad would react. To such question, Dad’s reply was simply, “Which one do you want?”  At which Mom was taken back with such a strong and positive reply from Dad.
Together they glanced through many pictures of boys and girls in the newsletter. As they looked at the pictures, one picture of a boy caught the eyes of my father.  He looked at him, and something in him pulled him towards the boy so strongly that he knew as soon as he saw him that the boy was his son.  Dad pointed his finger to the boy’s picture and said, “This is the one.”

But my Mom wasn’t so sure. It was mainly because the boy was described as a 13 years-old, and that concerned her.  She said, “Oh no, not a 13 years old, he is too old. But how about this one? He’s only eight.” To which my Dad firmly replied. “No. This is the boy. I know this is my son.” This didn’t please my Mom at all, and she picked another boy of nine years old. Dad shook his head and said, “I made up my mind. This is him.” Mom tried another child, but Dad was very set in his heart.


Mind you my Dad rarely displayed the character of stubbornness, and it was usually Mom who got her ways as Dad was always agreeable to please Mom, but not this time. Something in him told him that the boy, who would later become Steve Morrison, was his son.  Out of desperation Mom consulted the boy (James) they adopted earlier, and he said without hesitation, “Get him!”  That settled it. Of course James knew me from the same orphanage.
For many years after my arrival into the home, Dad would occasionally tell this story before me and other visitors with such pride, and Mom would go along with great joy at the risk she took. I never once got bored of hearing the story again and again. Each time I felt a great sense of gratitude as I reflected on their story.


For many years to follow up to the time of his death my father set before me a strong role model of a fatherhood that I never had before.  The way he loved Mom, the way he loved and cared for us, and the sacrifices he made on behalf of our family.  He would get a special loan just to pay my for my college expenses and would not say anything about it.  He would tell me not to worry about money, just focus on my studies. My college expense was more than that of all the other siblings combined.  It would be several years after my graduation that I would learn about the loan.  When I finally learned of it, I was deeply moved.
His love for me expressed in words still rings in my ears after all these years.  “When we adopted you we did it to help you, as you had no family.  But after all these years, it is we who have been blessed so much more through you.”


I could never forget the time when he pulled me aside and said, “I have made some very important decisions in my lifetime.  The best decision was to believe in God, the second best decision was to marry your mother, and the third best decision was to have you in our family.”
My father left a legacy of love and respect that he did not try to earn. He simply live it as what he knew was his duty discharged by God.  He set before me sound principles of life to follow, and what it means to live as a servant of God.


As I reflect on the immensity of the legacy that my father left for me, I am challenged to leave a legacy that will be claimed by my children one day. The legacy that I can only imitate the one left by my father, who chose me that one night, thousands of miles across the Pacific.
Posted by Steve Morrison at 7:34 PM 3 comments:

No Delays in EP or Court Process Anticipated.

The EP process is moving on with no stopping.
This also goes for the family court proceedings, there is no stoppage.

The only potential slow down might be due to vacation day choices the family court judges may take, which usually peak in the month of July and August.

Recently, however, the Ministry of Health and Welfare (MOHW) has put into the regulation the requirement by the agencies to make unannounced visits to potential adoptive families that are in the homestudy stage.  This type of visit requirement does not include the visits during the post-adoption study period.

To the person I talked on this, I stated that this will not sit well with the American culture (probably European culture as well), where any visit by anyone is usually known ahead of time, and to do otherwise would be considered a bad manner.

The agencies in Korea are pushing back on this as they are acutely aware of the families' reactions to this.  They are collecting data from the US and Europe to determine if any other countries are excercising this practice.  The idea behind the unnounced visit is to catch a family by surprise and see how bad (or good) the candidate adoptive families are living in a normal day-to-day environment.

I think this is a very poorly thought out regulation, and I am not sure where and how they got such idea of having a 'Big Brother is Watching You' type of idea, but if I had to guess, it probably is an after thought that came out of Hyunsu O'Calaghan's tragedy.

Also, a foster mother in Korea was leaving the children in her home to tend to other things. When one day social worker visited the home unannounced, they found the child by himself.  The agecy decided to remove the child from the foster mother.  That child was Hyunsu.

During the high media coverage on Hyunsu, the foster mother went on the media blaming the agency for denying her request to adopt Hyunsu, but in fact the truth was that she never followed through the adoption request.

The unannounced visit regulation is not yet finalized, but I am thinking (and hoping) it woudn't go through.