A Great Father to the Fatherless...The Legacy of Bob King 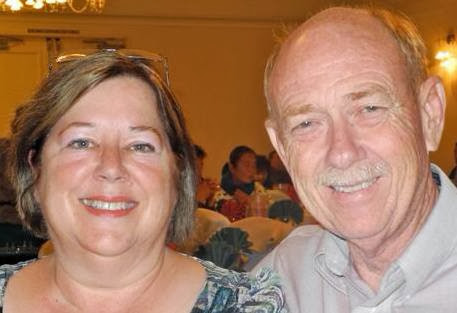 Mr. Bob King, a great husband to his wife Donna, the father of 12 children (three by birth and nine by adoption) passed away on Tuesday, January 7, 2014 at his home at Moreno Valley, California.  He passed away peacefully after succumbing to the liver cancer even though he never drank.


What sets apart the very life of Bob King from the others is that the way he chose to live his life.  He was very unassuming, extremely humble to the core, and compassionate beyond anyone’s imagination.  He truly loved his wife Donna, and he was a real hero to his children. 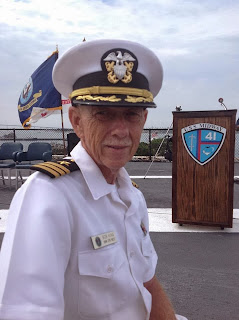 He was a man of true integrity and his faith in God never wavered, even in his pain and seeing the face of death knocking at his door, he never complained or ask God the question “Why?”  He had a profession as a computer engineer, but served his country as a reserve US Navy Commander.


In the beginning he had a harmonious life with his wife and the three kids he raised.  However, he and Donna heard the plight of the homeless children in Korea and heeded to their needs.  His incredible adoption journey started in 1987 when they adopted David from Korea and after him came four more children from Korea.  Except for David, they were all special needs children.   He also adopted a girl named Lena from India, also a special needs child who couldn’t walk because her legs were bent forward at the knees instead of backward.  Lena came home and got operated, and she is walking tall today, and is working as a clerk at an Air Force base.  Three more children came as they all required special needs. 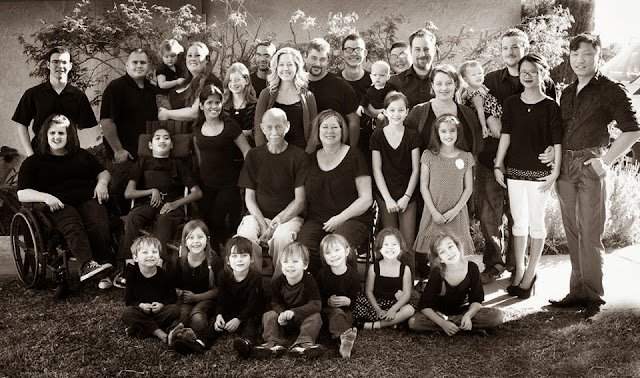 Bob and Donna King's Family, 12 children, 12 grandchildren, and one more on the way


I met the King family over the years at the Holt Picnics, and also got him involved as a member of the Board at Holt later, and two of us became good friends.  I even invited the King family to one of our MPAK picnics where they shared their adoption story.


In 1998, then President of Korea Kim Dae Jung and his wife Madame Lee Hee Ho visited the US, and several adoptive families were invited to participate in a dialogue session with the First Lady.  Both the King family and our family were invited.  In the meeting, the First Lady was captivated by the young boy named Adam King, who had titanium legs, and she immediately fell in love with him.  In a question and answer period, Adam King, who must have been seven years old at the time, abruptly asked the First Lady, “Will you invite us to Korea?”  The First Lady, somewhat taken back by this surprise question said that she would.


Late in 1998, the Madame Lee Hee Ho kept her promise and invited all the families present at the gathering, and I recall there were around 19 families.  Madame Lee treated us royally, including a special invitation to the Blue House. Bob King was the speaker that represented all the adoptive families, and thanked the First Lady on our behalf. 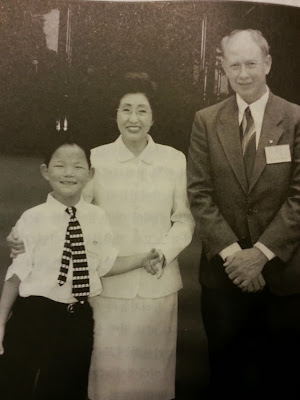 
Madame Lee loved the King family, especially Adam King.  She invited them to Korea again where Adam was given the honor of throwing the first pitch at a professional baseball game.  The image of the boy in the titanium legs with a baseball uniform and a cap throwing the first pitch became a national sensation, and the story of Adam King and his family spread wide in Korea. 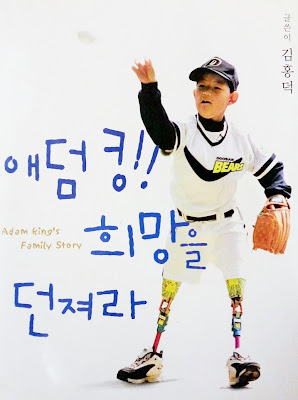 Adam King throws the first pitch at the season opener in Korea
The story of Adam King, and the love of his parents elevated the issue of special needs adoption to a new level in Korea.  For most Koreans, they were witnessing an example of extreme love at its best.  They questioned, how can this family from America adopt such a child? How can they love a child like this?  And most of them were thanking the King family in their hearts for taking in the child that Korea could not keep, that Korea rejected, and that Korea could not love.


Without a doubt, this was what impressed the Madame Lee the most, and she thanked the King family for loving an unlovable child from Korea.  It wasn’t just one child, but four other children from Korea.


In late 2012, Bob lost his job due to the Government sequestration, and was without income for a whole year.  The life insurance they had through the company terminated when he was laid off.  They were living off of the savings and from the proceeds from social security.  Bob has given his lives for his children.  Now the incredible burden has fallen on Donna as she is left with the remaining children in care.  While some of the older children have grown up and left the King’s nest with families of their own, Donna has the incredible challenge of taking care of the seven remaining children that are all special needs.  With very limited income and resources in Donna’s hands, my heart goes out to the King’s family, and want to reach out to the adoption community and the Korean community for helps.


A few days after Bob’s passing, my wife and I visited Donna and her children to console and to pray for them.  Before we parted our ways, I asked Donna what is one thing that she would characterize or remember about Bob.  Without hesitation she said that Bob truly loved the Lord, and he was a very loving husband and a friend, and that he gave his best for his children.  As for the children, they said that he was the best Daddy they could ever ask for, and that he was an amazing man of God. 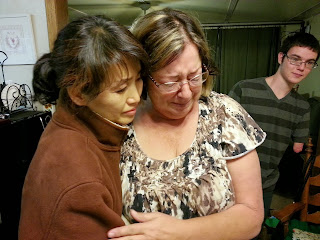 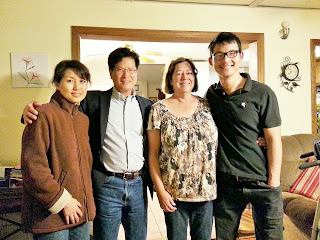 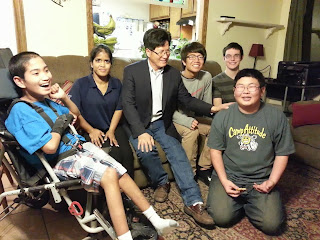 I am complimenting how Peter looks like a football player, and everyone bursts into a laugther
For those who are around the Southern California area and wish to participate in the Funeral, you may come and honor Bob’s life and comfort Donna and their families on this Sunday, January 19th at 3PM at:


If you are unable to attend, but you want to support Donna and the children, you may send your gifts to MPAK, and 100% of the proceeds will be given to them.  MPAK is a nonprofit 501 (c)(3) organization where your donations are tax deductible.


Please mention “Bob King” in your check.
Or, another way is to click the “Donate” button on the upper right side of this blog page to donate through Paypal. 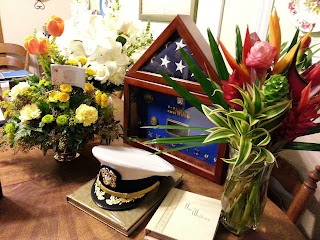 We will miss you Bob!
A Great Father to the Fatherless...May You Rest in Peace in the Arms of God.﻿
Posted by Steve Morrison at 2:07 AM 1 comment: