Korea’s 220,000 kids overseasSouth Korea has the world’s oldest overseas adoption program, having sent an estimated 220,000 children abroad. In the aftermath of the Korean War, overseas adoptions were largely a mechanism for children to escape poverty and destitution, but in the decades that followed, societal attitudes were the primary driver of the phenomenon. Up to 90 percent of children born to unwed women are placed for adoption, reflecting the stigma that still surrounds out-of-wedlock pregnancy and single motherhood. Last year, Korea accounted for 13 percent of all overseas adoptions worldwide.

But things are changing. For the first time ever, 2007 saw more children adopted in Korea than overseas, indicating the weakening of society’s emphasis on maintaining bloodlines. In July the law on overseas adoption was revised, making the process more difficult, and seeking in the process to end the image of Korea as a “child exporter.” The law gave adoptees greater access to their birth records, introduced a seven-day deliberation period for women to decide whether to keep the child or give it up for adoption and made birth registration mandatory, aiming to end secret adoptions.

I strongly believe that inter-country adoption, or ICA, needs to continue indefinitely in Korea because the children have a fundamental right to grow up in loving families, whether they are adopted in Korea or overseas. Every effort should be made for birth families to raise their own children, and the next priority should be given to place them in homes domestically, and the remaining children should have the chance to have their own families overseas. I also believe that the ICA needs to come to an end someday, but now is not the time as there are so many children growing up in institutions who need homes. The ICA should only be discontinued when there are no more children to be sent abroad.

Unfortunately, the overall mood and climate on adoption in Korea over the past few years has been shifting drastically away from being viewed as positive. Some Korea-based adult adoptee organizations have joined forces to bring about the demise of both inter-country and domestic adoption by advocating the ending of adoptions in Korea as well. They have used the terms such as “Baby-Exporting Nation” to deliberately embarrass Korea into reacting against ICA, and as Korea wants to save face in the international community, they have adopted policies to gradually squeeze the life out of ICA by reducing the number of children leaving Korea by 10 percent each year. Essentially what Korea is doing is sweeping the issue of homeless children under a mat by putting them in institutions and hoping they will save face in the international community. This is very sad, and comes at the expense of voiceless children that are moved around like pawns in a chessboard.

According to the statistics released by the Ministry of Health and Welfare of Korea, in 2010 there were 8,590 children that became homeless in Korea. About 67 percent of these children became homeless due to poverty, divorce, abuse and abandonment, and the other 33 percent of the children were births by unwed mothers. Of all the homeless children, 1,462 were placed domestically while 1,013 children were inter-country placements. The remaining 6,115 children were placed in 280 institutions throughout Korea. Birth mothers have all the time in the world to reclaim their children if they wanted to, but the fact is they rarely do, and the children grow into adulthood in the institutions. So the claim by the anti-adoption group that adoption is the cause of separation between children and their birth mothers is plainly wrong. No matter what the argument is, it is abuse on a massive scale when you block the opportunity for children to have their own families by forcing them to live in the institutions.

So what would have been the alternatives if children were not adopted through ICA? Orphans growing up in Korea have historically faced incredible challenges as they are subject to strong social stigma. Compared to ordinary children with families, orphans in Korea experience what I call “status discrimination.” By status discrimination, I am referring the denial of opportunities for good education and good jobs that orphans experience, not only because they lack the financial and social support of a family, but additionally because society discriminates against them simply because they are orphans.

In the old days, 3-5 percent of orphans were able to go to college. Although educational opportunities for orphans have increased in recent years, they still fall significantly below the educational opportunities of ordinary Korean children with families. By contrast, approximately 70 percent of Korean adoptees in the U.S. and Europe receive a four-year college education or above.

Orphans in Korea must leave orphanages when they turn 18 years old. Often these orphans are emerging from the orphanage just out of high school, with very few marketable skills. These young adult orphans are usually given a onetime allowance of anywhere from $2,000 to $5,000. This meager allowance runs out very quickly. With no financial or family support available, going to college is impossible. These young adults go through extreme hardship once they leave the orphanages. Most work long hours in low-paying and are vigilant to keep their backgrounds a secret, for fear of status discrimination.

This is the reason why inter-country adoption should continue. Sure, it is an embarrassment in the international community of wealthy countries to admit that Korea still needs to send children abroad. However, it is even a greater embarrassment for Korea to put these children into institutions just to save face. Korean nationals must stop criticizing inter-country adoption and look at themselves for the problem of not wanting to adopt their own children in the first place. 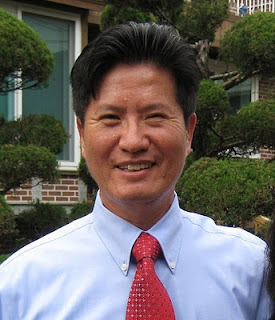 Steve C. Morrison is an adoptee and the founder of the Mission to Promote Adoption in Korea, currently working as a senior project engineer at the Aerospace Corporation on GPS III satellite program. Morrison lived in an orphanage for eight years before being adopted to the U.S. at age 14. To contact MPAK, visit: www.mpak.com (English) or www.mpak.org (Korean) or mpakusa@gmail.com. ― Ed.


Korea, along with China, has sent the highest number of children overseas for adoption. The actual number is uncertain but it is reasonable to believe around 200,000 children have been adopted abroad. This means that many Koreans are affected by the adoption issue. Sweden is one of the countries that has the highest number of Korean adoptees.

When overseas adoptions started during the Korean War, the primary goal was to save orphans and offer us a new and better life in a Western country. Later on the main reason was poverty. Today, however, the main reasons are a lack of political will to support unwed mothers and discrimination against these mothers and their children.

As a Korean adoptee who has grown up in a Western country, I acknowledge that war and poverty are good reasons for international adoption. Based on my upbringing in Sweden, I find it hard to accept discrimination toward unwed mothers and the lack of a social welfare system as good reasons for why Korea still is one of the biggest providers of adoptees, especially since Korea today has one of the world’s strongest economies.

In Sweden, many unwed mothers receive financial support if needed and therefore have good opportunities to raise their children. The old-fashioned idea that unwed mothers are bad women does not exist in Sweden anymore. Also, I am convinced that as long as Korea continues to adopt children away, the development of support to unwed mothers will continue to change very slowly. This conclusion is supported by well-known adoption researchers such as Rosemary Sarri among others, who argue that the Korean government has chosen overseas adoption before domestic solutions.

Another pro-adoption argument often heard is that children to unwed moms as well as domestically adopted children meet discrimination by the wider society. Even though this might be a good argument, international adoption is no guarantee that the adoptee will do well and be well-treated in the new country. Instead, international adoptees also meet prejudice in their new home countries.

One example of common prejudice against Korean adoptees is that the birth mothers are prostitutes. This idea is, for example, still spread by the biggest adoption agency in Sweden.

While Koreans are very proud over their country’s rapid economic growth, successful companies and a well-educated younger generation, this is not the picture of Korea among many Westerners. Instead, many of them believe that Korea, like all other countries that send children overseas for adoption, is poor and that Koreans lack basic education.

This condescending opinion will continue to exist as long as Korea continues to export their baby problem instead of finding a domestic solution like other developed countries.

As a Korean adoptee, I am ashamed of Korean society for continuing to discriminate against unwed women and the Korean government for betraying their children.

After being engaged in different associations for Korean adoptees for almost 10 years I dare say that inter-country adoption is not always a good solution. Instead it is time for the Korean government and Korean society to find domestic solutions for the mums and their children.

A bad economy and being undeveloped are no longer arguments for overseas adoption. Today, however, the only reasons are sexism and an obsession with bloodlines, views that modern societies abandoned a long time ago. As long as Korea continues to export the “child problem” instead of solving it, the country will continue to have bad reputation among Westerners while children and their mothers will continue to be treated badly by Korean society. 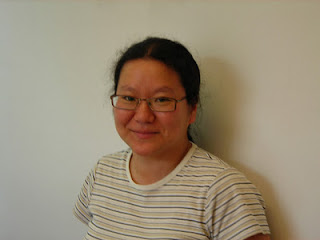 Hanna Sofia Jung Johansson, an associated professor of sociology and researcher at the Swedish National Council for Crime Prevention, was found in Sungdong District in 1976 by the police. She was given the name Kim Jung-yul and was adopted to Sweden by the Social Welfare Society in August 1976. She holds a B.A. in political science and a Ph.D. in science and technology studies and has published several texts on adoption. ― Ed.

Posted by Steve Morrison at 9:55 AM