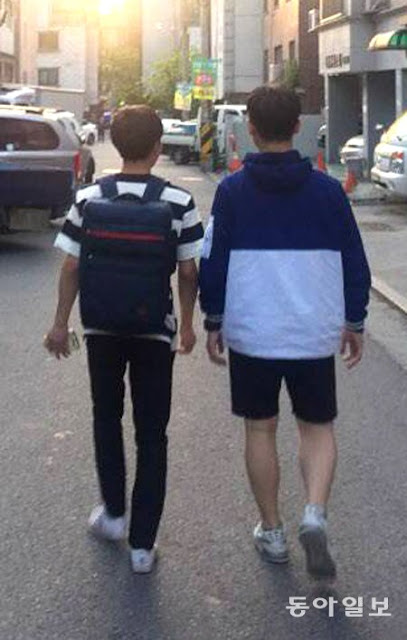 The difficulty of hard living came as quickly as the loneliness.  The basic cost of living of $550, which included $200, with telephone fees and foods were hard to meet each month.  He worked a part time at a coffee shop but quit after two months.  He couldn’t take his time away from studying, which was needed to qualify to maintain his government grant. Due to his part time job, his basic aid in the cost of living stopped as well.  He seriously thought about withdrawing from the school. Nowadays, to save for the cost of school, he has cut down on his food expenses. To hang around with his circle of friends is out of question.
Kim is not so bad as compared to others. Chun (23) was separated from his parents for 20 years, but could not apply for the basic cost of living due to his parents showing enough income (Morrison’s note: Many children in orphanages have parents living, but never visit or support their children). He applied for a basic cost of living to attend a college, but he was told “Your parents must first submit the ‘Termination of Parental Rights’ to qualify.”  He quit the school and got a job instead. Because of the financial difficulties faced by so many All-Alone Youths, most of them choose to work instead of education just so they can survive.  It is believed that 77% of the orphan children desire to go to college, but only 24.1% actually do.
It isn’t that there is no education provided for them.  The Ministry of Health and Welfare’s Age-Out Youth Service provides several educational programs through the orphanages, but the youths usually choose topics like ‘Expressing Myself’ or ‘Cleaning Our House’.  The education programs designed to help with self-sufficiency, such as ‘How to Apply for a Rent’ is chosen by only 1.5% of the youths, and ‘Managing Your Money’ is chosen by less than 10%. There are other small care centers (such as group homes) that are not obligated to teach the similar programs to their youths.  The Age-Out Youth Service worker stated, “We are still in the process of developing more effective pre-separation education programs for the aging-out youths”.
What is most needed is the financial helps for these youths.  A person working at ‘The Beautiful Store’ said that “I have been saving since 2011 to individually support these youths, but the overall attitude of the people in Korea is that ‘Why help the grown up adults?’, which is prevalent in the society and that’s not easy to deal with.”  He also said, “Even though they have turned into adulthood, we must not forget that they are the youths that still need our help and attention.” Park Sul-mi, the Self-Sufficiency Program Director of the Dong Myung Orphanage stated, “Not only the economic help is needed, but they also need post-separation counseling and care services as well.”
Posted by Steve Morrison at 11:16 PM