I am safely back to the US, and only three days later I had to take a flight to Denver on my business trip.  Still struggling with the time change adjustment, I woke up late at night to post some pictures from my Korea trip to share with you all. 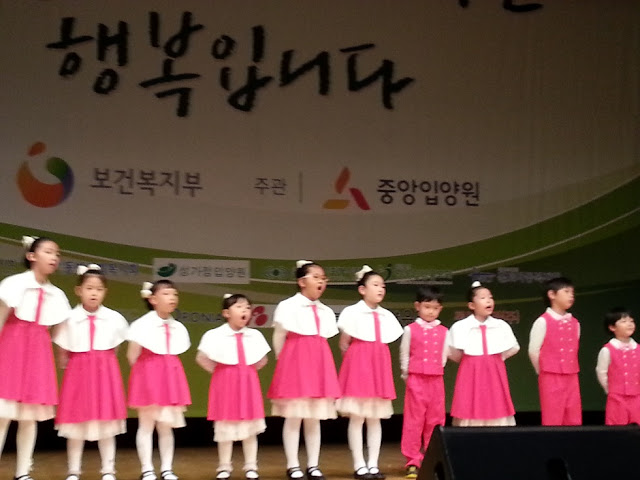 The 7th Annual National Adoption Day event was held on May 10, 2013, and attended by 800 people with dignitaries and heavy media coverage.  Here the Eastern Children's Choir performs. 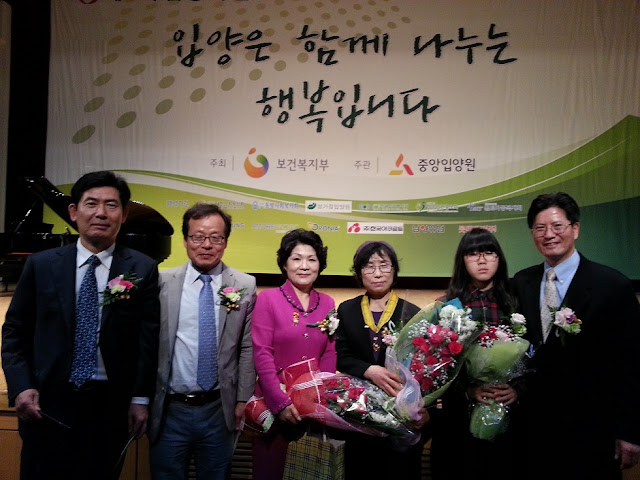 With MPAK members congratulating Mrs. Kim Shin Hae (with medal on her neck) for the highest honor received from the government of Korea. 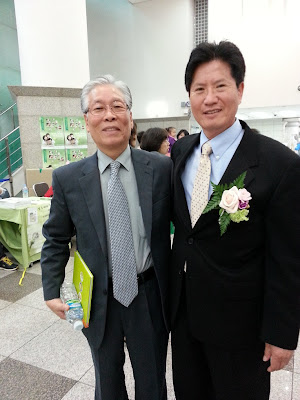 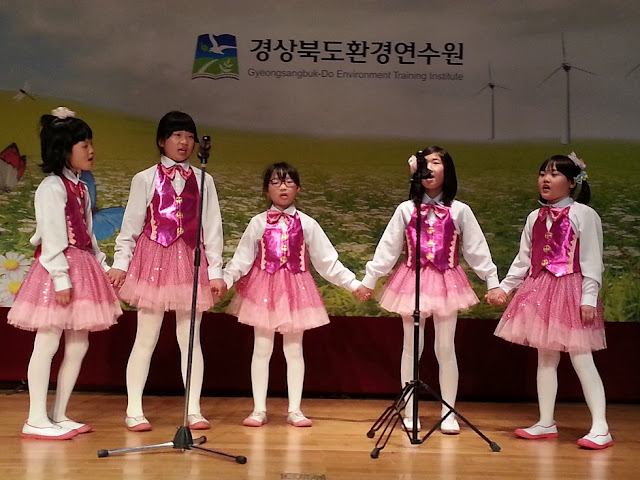 On May 11th, I attended the Adoption Festival at the Emmanuel Orphanage down in Gimcheon City,  a 3 hours ride south of Seoul.  My involvement with this orphanage began way back in 1986 when I sponsored three children through the Holt's sponsorship program.  Here the chidlren performs for all the guests. 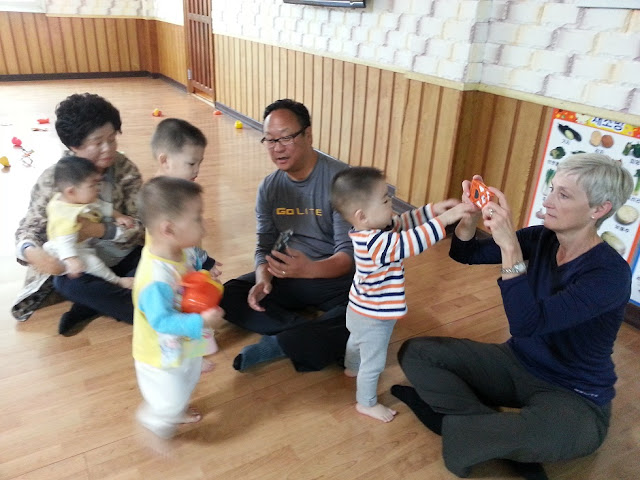 Glenn and Julie Morey of Denver, CO visited the Emmanuel and befriends the little ones.  Holding a child on her lap is the orphanage director Mrs. Kim Jung Sook.  Since the Special Adoption Law was passed, there has been heavy overflow of children coming into the care.  These and all the children in the orphanage were the chidlren of birth parents that couldn't care, or didn't want to care.  Before we can speak of birthmothers' rights to children, we need to speak of children's rights to families. 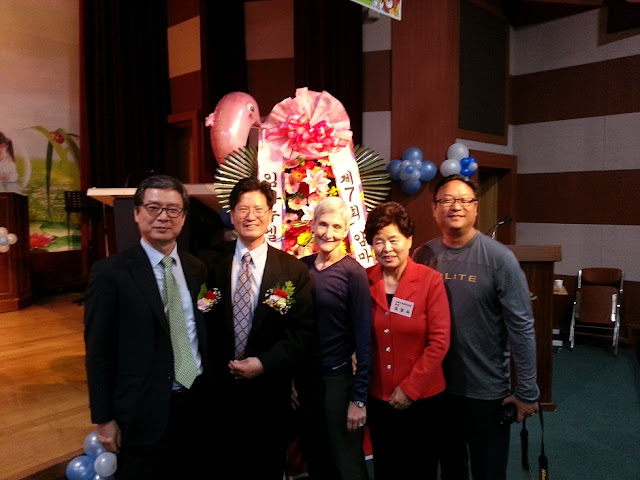 A little baby abandoned a few weeks ago.  The number of tiny babies doubled since the Special Adoption Law was passed.  Not all of them can be adopted since they cannot find birthmothers to officially relinquish them.  My heart ached for this child, and pray that she will be place into a loving home soon. 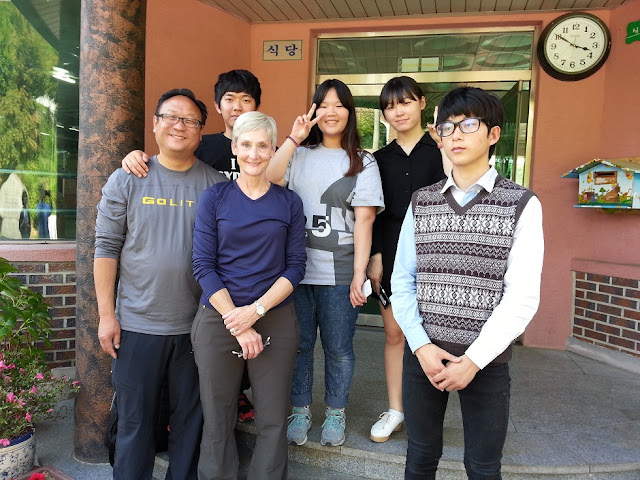 Glenn and Julie Morey poses with the grownup orphans that are in highschool ages (17 & 18 years old).  These teens cannot be adopted, and soon they will age out and must leave the orphanage.  In talking with them I had more questions and concerns for them than answers. 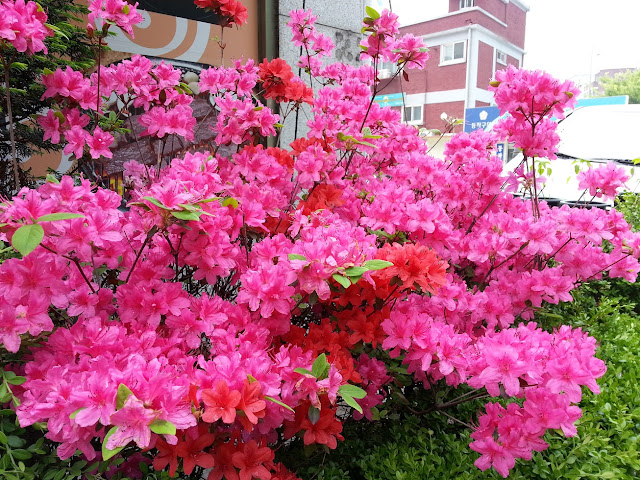 All over Korea there were blooms of flowers everywhere, mostly the azeleas. 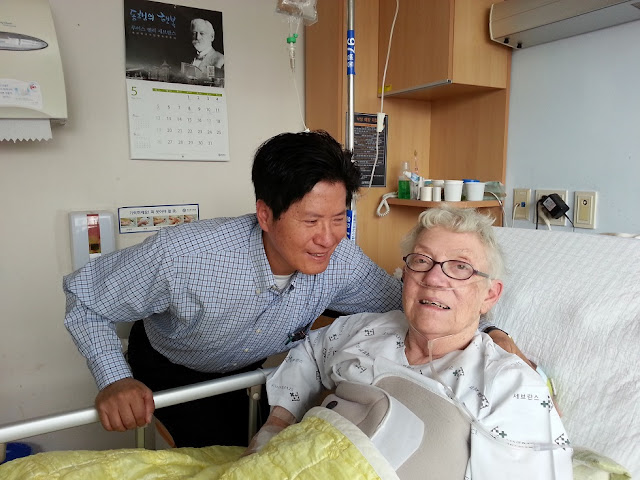 I visited Molly Holt, who has multiple myloma, a cancerous disease on bone and blood.  She has been getting treatment at the Severance Hospital in Seoul, and was getting better at the time of my visit.  Molly has been an inspiration to all the kids that once lived at the Il-San Center.  She is also an inspiration to many adoptees.  As an eight years old boy, I still remember her when she was only 23 years old, just out of a nursing school, and came to the Il-San orphanage to help her father Harry Holt.  She has been at Il-San ever since, for over 50 years, serving many many children.  We used to call her 'Molly Nuna' (말리누나) or another name for Sister Molly.  I still remember her fondly the times when she used to gather us kids into a chapel and teach us the Bible stories.  I continue to pray for her. 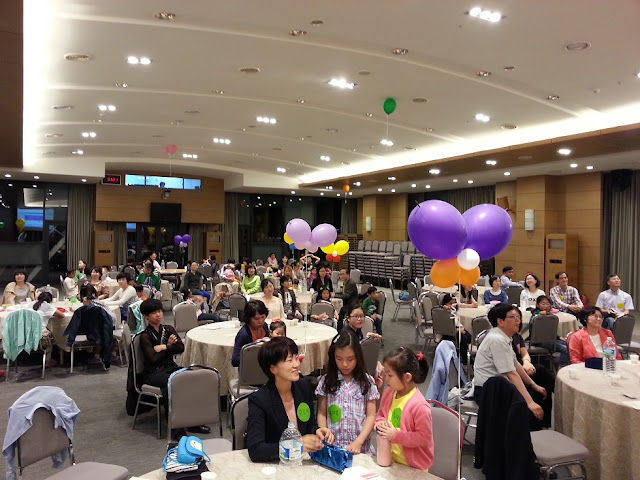 On May 14th, MPAK had and adoption festival at the city of Kwachon, a suburb of Seoul.  Many families attended the event with performances by children, and an adoption story presentation by a parent. 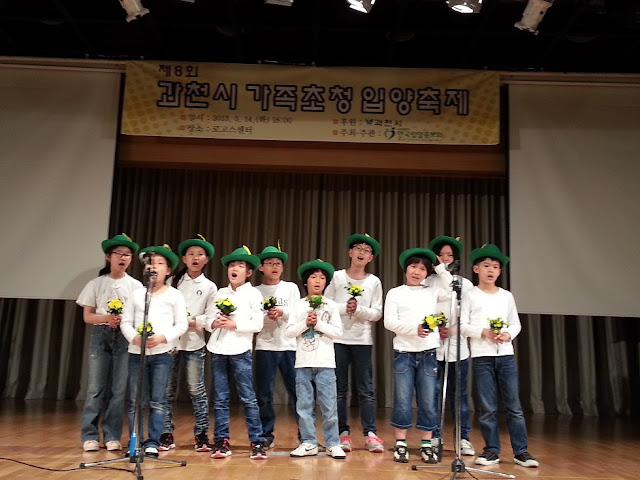 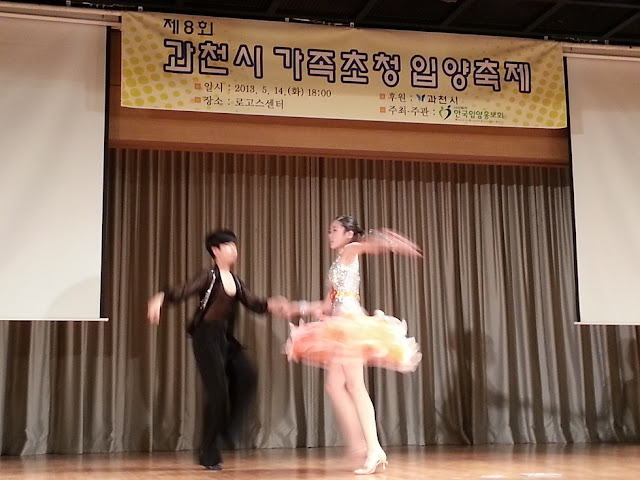 Two young children perform a tango dance at the festival. 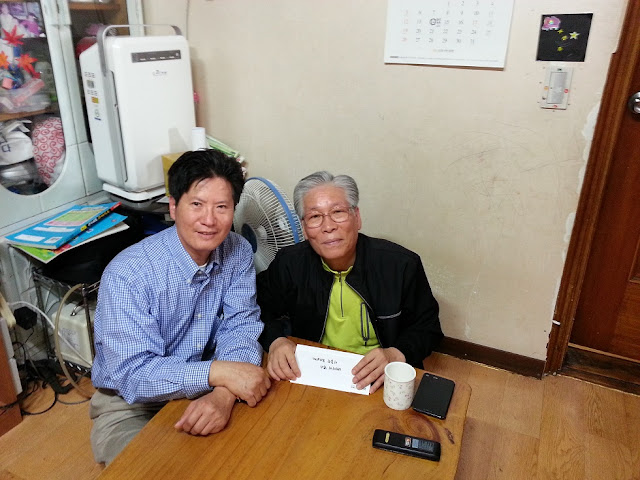 I took the time out to visit the Pastor Lee Jong Nak of the Jusarang Community Church that operates the Baby Box.  Just in April there were 22 babies that came throuogh the Baby Box.  Here I presented a donation from a friend of mine to the Baby Box after hearing about the facility on a news channel. 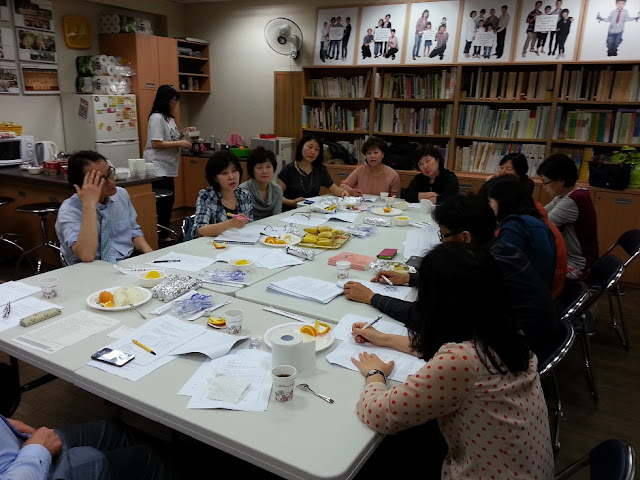 At the MPAK office.  Here the MPAK leadership council has gathered to discuss various activities such as upcoming camps for families, regional family supports, and to discuss the matters related to the Special Adoption Law revision that is solely needed. 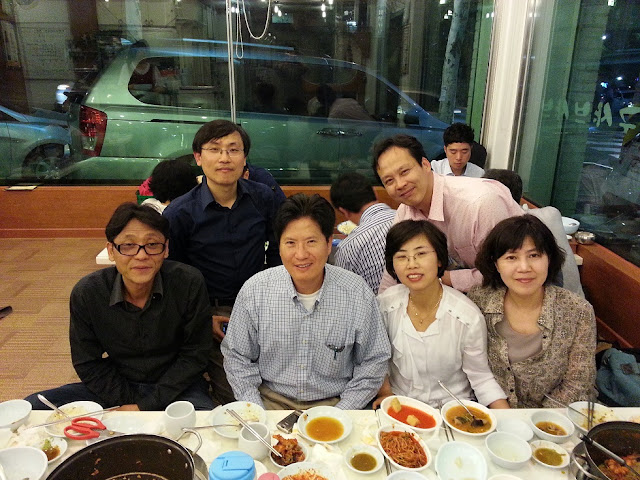 The night before my departure, a few MPAK members treated me to one of my favorite restaurant in the Bangbae District.  The Shabu Agu Agu, which specializes in monkfish dish in hot and spicy vegetables (아구찜-agujjim) has been my traditional food whenever I visited Korea. 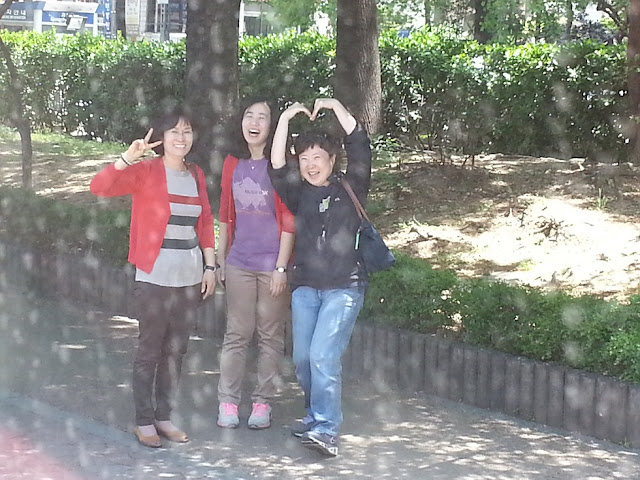 Two of the MPAK employees and a volunteer came out to bid me farewell as I got on a bus to the airport.  The bus window was dirty, thus white spots everywhere.

In addition to the sketches in these images, I met many other people and visited various organizations, all related to the works in adoption.  I also met with the two officials from the MOHW for about an hour, and realized the challenges facing the revision of the Special Adoption Law, as the officials were opposed to the revision.  But we will continue to press on.
Posted by Steve Morrison at 1:16 AM