This is a break from my usual topic on adoption.
I took a time off of my busy schedule and took my kids and my father-in-law to witness the historic travel of the Space Shuttle Endeavor on Saturday, October 13th.  Benjamin had a church related event and could not go. We were lined up on the Crenshaw Blvd, and there were thousands of people for many miles lined up to see the Shuttle, and we didn't want to miss it.

The Endeavor encountered many barriers, such as trees that needed to be trimmed or cut (even despite all the planning and calculations), or remove the power lines or get them out of the way, or  even change the tires.  All these barriers caused 17 hours delay in getting the Endeavor from the LAX to the California Science Center.

Kids were aware of such spectacle of the Shuttle's travel through the media, and when I recommended to them that we should go and see it, they were marginally excited.  But once I took them to the Crenshaw Blvd and when they saw the thousands of people, they knew they were in a place of big excitement.  After seeing the Shuttle pass by them very slowly, they all were very excited and happy to be a part of this historic moment. 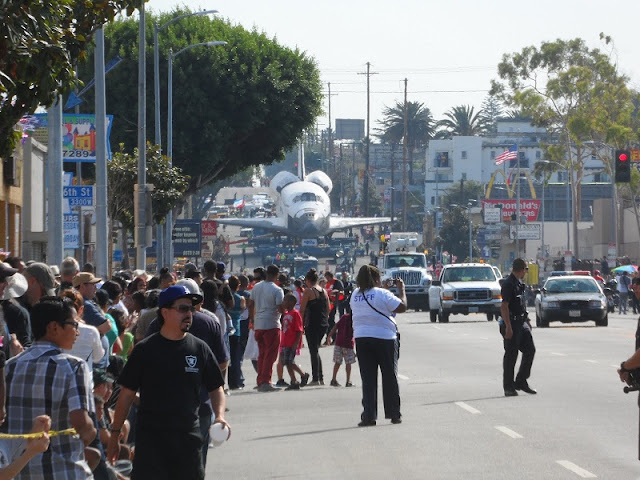 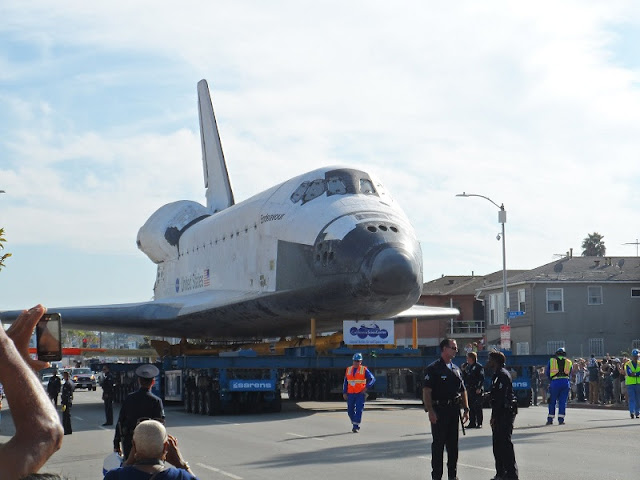 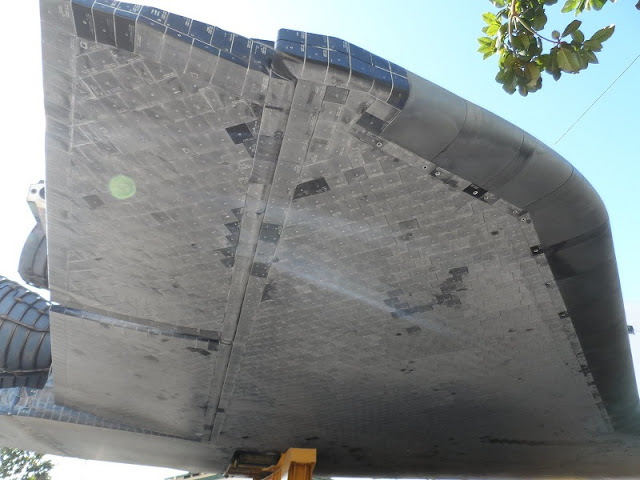 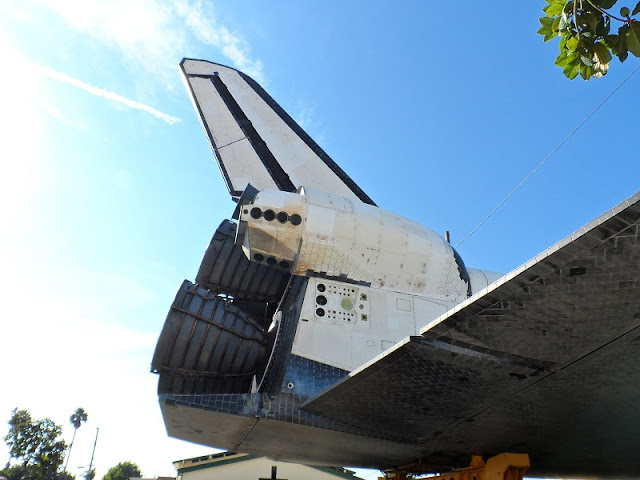 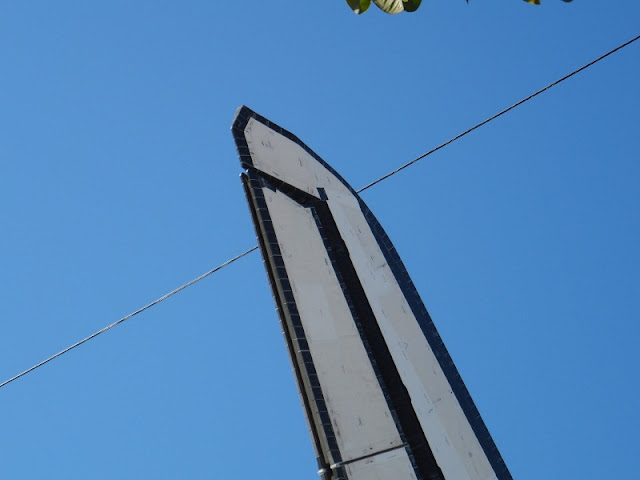 Got nervous watching this.  The Shuttle made it under this power line just barely. 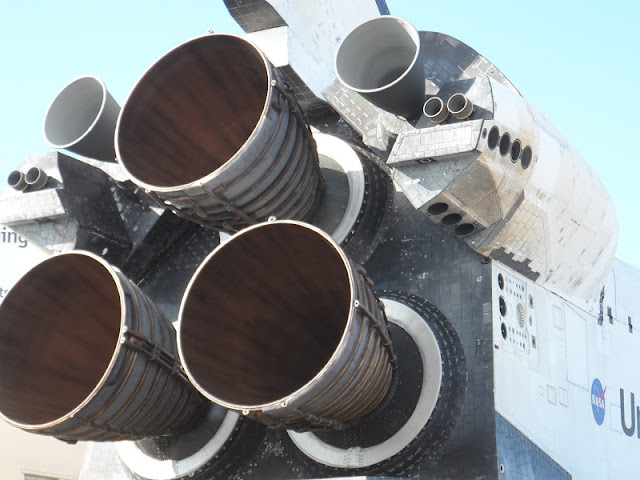 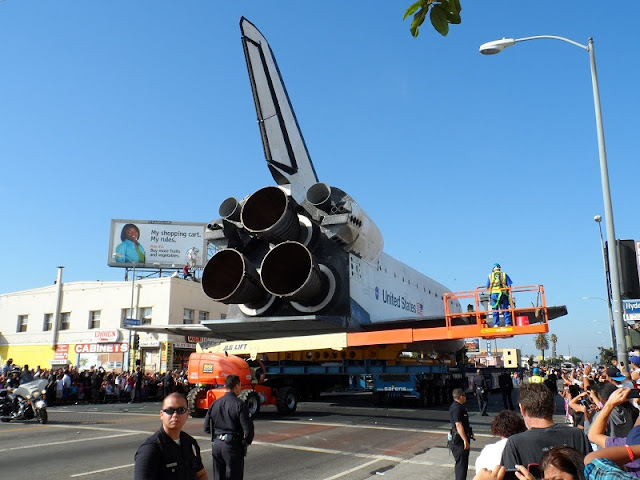 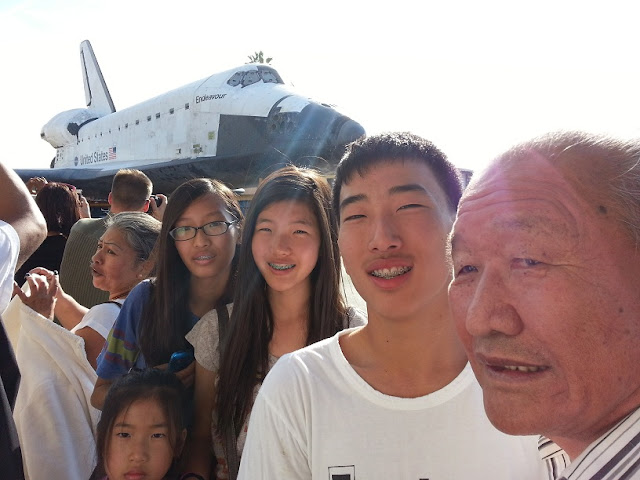 My kids Jane, Helen, Kay, and Joseph, and my father-in-law, who was most excited of all.
Posted by Steve Morrison at 9:43 AM